You have new quote information. View My Dashboard ×

A HISTORY OF SERVICE:
THE TORRCO STORY

"For a century, Torrco has been helping you get things done, and does everything possible to make you successful. This simple idea is at the center of how the company was formed, why the company has grown, and what the value of Torrco will always be. Four generations of our family have strived to help you succeed – through integrity, responsibility and dependability – starting with David Stein. And you have our word to continue providing an experience that is easy, convenient, productive and valuable."

Take a look back and the watershed moments that have led to Torrco being a leading partner to you and thousands of other successful people. 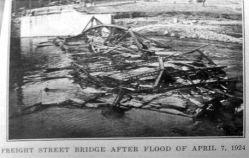 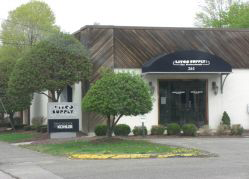 David Stein was the founder of the company later to be known as Torrco. David arrives in New York from Lithuania and moves to Patterson, New Jersey, where he has family. David and his new wife move to New Britain, Connecticut, where his brother has a contracting business.

After briefly working for his brother, David gets a job as a plumber working for F.F. Garrity Co. in Waterbury, Connecticut. David opens his own plumbing contracting business after moving to Waterbury. He purchases plumbing supplies from a supply company in nearby Meriden and stores them in his garage in Waterbury. Local plumbing contractors begin to buy supplies from him out of the garage, and the idea of a distribution center is born.

Torrco is founded as Brass City Plumbing Supply and is located along the Naugatuck River on South Main Street in Waterbury, where the Home Depot currently exists.

The company builds a 72,000 square foot distribution center on the location of the 1940 site. The three sons retire during the decade, and the company goes through a generational change of ownership and management.

After having opened new branches over the last two decades, the company now has eight branches throughout Connecticut.

The fourth generation of the family enters the company.

The company combines its three trade names – Torrington Supply, Litco Supply and Luxury Bath Center – into the new brand name, Torrco. The name change defines who the company is, what it stands for, how it behaves and the promise it represents. The brand also makes it easier for customers to buy products and realize value in their relationship with Torrco.